The Kathariou lab will be presenting some of our research at the annual IAFP meeting this year.  Below is the abstract and information on the poster that is being presented at the conference.  If you’re there come and check out our research into the spread of erythromycin resistance. 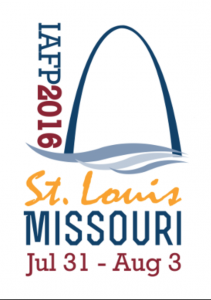 Introduction: Campylobacter is a leading cause of bacterial foodborne illness and is often linked to contaminated poultry. Macrolides such as erythromycin are the drugs of choice when treatment is indicated.  Even though erythromycin resistance is frequent among Campylobacter coli, it remains rare in Campylobacter jejuni and was not encountered during several years of surveillance of Campylobacter from turkeys in North Carolina.  However, from 2014-2016, three North Carolina turkey flocks were found to be colonized by erythromycin-resistant (ErmR) C. jejuni strains.

Purpose: The purpose of this study was to determine the prevalence of ErmR C. jejuni in turkey farms and identify the genetic cause of the resistance.

Results: ErmR C. jejuni was identified in 0.53%, 0.91%, and 2.0% (since 4/6/16) of the flocks from 2014-2016, respectively.  Of the three flocks with ErmR C. jejuni, one yielded isolates with ST-1839 and another ST-7729, which was novel and differed in all seven alleles from ST-1839. Previously identified ST-1839 isolates were multidrug-resistant but were erythromycin sensitive.  The ErmR C. jejuni isolates harbored the 23S rRNA mutation associated with macrolide resistance.  Resistance was found to be transferable by transformation and MICs comparable to that of the ErmR C. jejuni isolated for 2014-2016 turkey flocks.

Significance: Although uncommon in turkey flocks, flocks colonized by ErmR C. jejuni were identified.  The presence of a macrolide resistance associated mutation in a chromosomal locus suggests the potential for dissemination to other C. jejuni via transformation. These data will enhance the currently limited knowledge regarding ErmR C. jejuni in food animals and will contribute to further surveillance on the prevalence of ErmR C. jejuni in poultry.