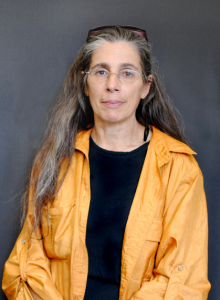 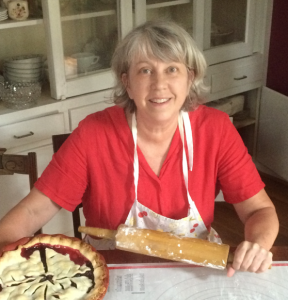 Donna Carver was grew up in Roxboro, NC where her family grew, slaughtered, processed and ate their own food.  They grew many vegetables, fruits, chickens for eggs and meat, and hogs for meat (they smoked their own hams).  She had a keen understanding of where her food came from and how to preserve/prepare it in such a way that it nourished her family without making them sick.  Today many people do not know where their food comes from and more importantly they do not know how to store/prepare food in a manner that reduces the risk of getting sick from consuming it.

She studied veterinary medicine and epidemiology at NCSU, UNC, and Tufts Universities.  Her first “real” job was as a Veterinary Epidemiologist at the Centers for Epidemiology and Animal Health in Fort Collins,CO.  In 1996 she returned to NCSU.  Dr. Carver works in two areas that overlap to some degree- animal health and food safety.  Food safety promotes human health but Dr. Carver tends to focus on animal health, specifically poultry health.  She work with poultry producers across the state of NC including small flock growers to teach disease prevention.  Because most food safety threats to humans do not cause any disease in poultry, healthy animals can be a source of infection to humans.  This is where proper handling and preparation are so important.  Still it is important to monitor food safety threats so that prevention and mitigation programs can be developed and implemented. 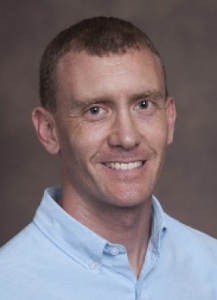 Dr. Badgley’s research group works in environmental microbiology and microbial ecology with a primary focus on the functional role of the microbiome in natural and engineered systems. For example, how do patterns of microbial diversity, which we are only recently able to describe in detail, relate to important outcomes such as host health or nutrient cycling? By combining new methods in environmental genomics with traditional culture-based techniques they seek to gain new insights into these important questions in a variety of habitats. They currently have projects investigating the role of the microbiome in soils from natural, agricultural, and engineered bioretention systems. In addition, his group is working on host-microbiome interactions in cattle, turkeys, and even hibernating squirrels. They are particularly interested in systems-level perspectives and we strive to develop highly collaborative and interdisciplinary projects working with a variety of colleagues from ecology, engineering, agriculture, chemistry, and public health.

Dr. Badgley started at VT in 2012 following an academic tour including Georgia, Maryland, South Florida, and Minnesota. He has a diverse background including environmental science, ecology, and microbiology, and enjoys using these various perspectives to address questions in environmental microbiology. When he’s not working or shuttling his kids to soccer or swimming, Dr. Badgle’s goal is to spend as much time as he can enjoying the mountains – he still can’t believe he’s fortunate enough work on a campus only ten miles from the Appalachian Trail. 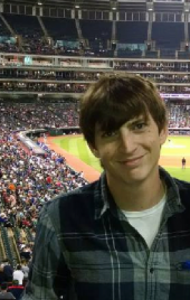 Jeffrey Niedermeyer, Kathariou Lab Research Technician and Lab Manager, was born in Cleveland, Ohio, and received his B.S. in Biology, with a concentration in Organismal Biology and Ecology from the University of Toledo, in Toledo, Ohio, in December 2013. During his time with the University of Toledo he worked as an undergraduate research assistant in Environmental Microbiology with department of Environmental Sciences. Upon graduation Jeffrey decided to relocate to Raleigh, NC, largely due to the positive impact the area has had in the scientific disciplines due to the multiple universities and research triangle located here. Now, with the FBNS Department at NC State, he works on a wide array of projects involving food-borne pathogens, focusing primarily on Campylobacter and Listeria. The focus of this work involves the isolation, purification, genetic characterization, and characterization of the antimicrobial susceptibility of these pathogens from environmental samples taken from a variety of locations including poultry, livestock, wildlife, water, and soil. Jeffrey started drag racing at 13 years old, igniting his passion for automobiles and motorsports, which still burns to this day. His passion carried over to motorcycles, which led to the eventual structural support of his left leg via titanium rod as the result of an unfortunate accident in August 2015. Since August, he has recovered well from the accident and is on the road to making a full recovery. 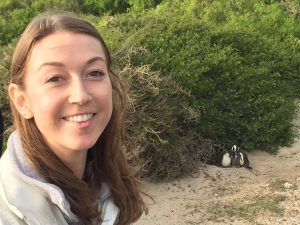 Hannah is a doctoral candidate in the Food Science program at North Carolina State University. She is originally from Oklahoma and attended the University of Oklahoma (Boomer Sooner!) where she received her B.S. in Chemistry. After an undergraduate course in Biochemistry sparked her interest in metabolism, she attended Rutgers University where she received her M.S. in Nutritional Sciences focusing on Nutritional Biochemistry and Physiology. Hannah fell in love with North Carolina during an internship at NCSU and was thrilled to be accepted into Sophia Kathariou’s lab for her PhD. Hannah’s PhD work is a multidisciplinary extension project focusing on identifying risk-factors for Campylobacter colonization of commercial turkey flocks. Additionally, she works on determining the species and antibiotic resistance profiles of turkey-derived isolates and the genetic determinants of these resistances. 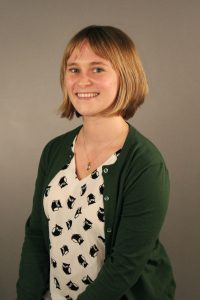 Meg is a masters student in the Food Science program at North Carolina State University working in the Kathariou lab.  She grew up in Maryland and then went on to receive a B.S. in Food Science with a minor in Microbiology from Penn State in 2015.  She is currently working on several projects featuring Campylobacter focusing on how Campylobacter colonization impacts the turkey gut microbiome.  In her spare time she enjoy hiking, baking anything with apples, and drinking coffee curled up with a book. 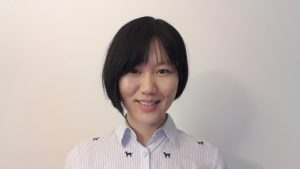 Sicun Fan is a PhD student in the Food Science program at North Carolina State University working in the Kathariou lab. She grew up in China and received a B.S. in Biotechnology from Hunan Normal University. At FBNS, she mainly worked with food microbiology projects, e.g. characterization of probiotic lactic acid bacteria and the gene basis of Listeria monocytogenes tetracycline resistance. Currently, she is working on the project investigating the antibiotic influence on Campylobacter population and antibiotic resistance from calf sample.  She enjoys swimming, cooking, and watching Sci-Fi or Biography movies in her spare time. 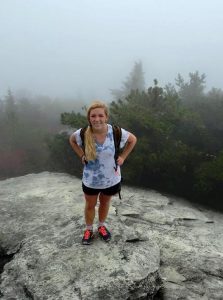 Paige is an undergraduate at North Carolina State and will be graduating in 2017 with a B.S. in Microbiology. She grew up in rural New Jersey, but decided to move to North Carolina after visiting the campus and falling in love with the school and the people. She started work in the Kathariou lab in February 2016, with her main focus on the fitness of various Campylobacter strains and their growth in-vitro and in-vivo. Outside of lab, Paige enjoys hiking, yoga, cooking, and painting. 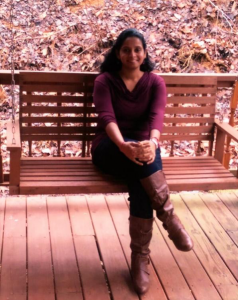 I grew up in India with an inherent love and compassion for animals which led me to pursue a DVM degree from India, in 2005. It is here that I developed my passion for infectious disease research and went on to do a Masters in Veterinary microbiology, working on the molecular diagnosis of Pasteurella multocida from clinical samples. Afterwards, I worked as a scientist in veterinary/poultry vaccine industry for 2 years where I was involved in developing vaccines against fowl cholera and new castles disease. I then decided to come to the US and pursue my PhD under the guidance of Dr. Gireesh Rajashekara at the Ohio State University in 2010. With a background in poultry infectious diseases, my doctoral research also included a component of public health as I studied Campylobacter jejuni chemotaxis proteins and their role in virulence and colonization of the chicken gastrointestinal tract. I joined Dr. Katharious’s lab in December 2015 as a Postdoc. I am excited about my current research project which aims at understanding the relative fitness of multi-drug resistant Campylobacter jejuni and Campylobacter coli in in-vitro and in-vivo models.  Outside of work, I enjoy singing Indian Classical music and performing classical dance. You will find me outdoors in the summer, walking, running or gardening.